F.I.A.M.O. (the Italian Federation of Homeopathic Associations and Homeopaths) was set up in May 1990 as a result of the need to create an Italian association for homeopathy that was completely independent of commercial interests in the field. There are various categories of prescribers of homeopathic remedies. F.I.A.M.O. represents classical homeopaths, medical doctors who are quite distinct from other categories of doctors and prescribers who use homeopathic remedies with completely different prescription techniques, such as homotoxicologists and anthroposophers.

The Federation aims to develop and raise awareness about homeopathy and its representatives. It seeks to encourage dialogue and the exchange of ideas, experiences and information among homeopaths and homeopathic associations. Its main activities therefore concern training, and research in the field of homeopathy.

At a national level, F.I.A.M.O. is a founding member of the Committee of Consensus in Italy for Non-Conventional Medicines and is part of FISM (Italian Federation of Medical-Scientific Associations). At an international level, it is a member of the ECH (European Committee for Homoeopathy) and is an institutional member of the Liga Medicorum Homoeopathica Internationalis (LMHI), the oldest and most authoritative international homeopathic association(founded in 1925).
As a member of the Permanent Committee of Consensus for Non-Conventional Medicines in Italy, F.I.A.M.O. has taken part in the CAMbrella project, the only European consortium that has received specific funding for Non-Conventional Medicines from the European Union.
It has promoted the Protocol on training standards in homeopathy in Italy which were adopted by 28 Italian schools and associations during the FIAMO National Conference, held in Chianciano on 17 March 2012. 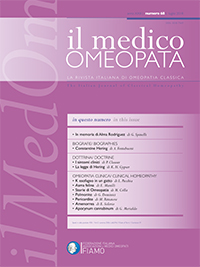 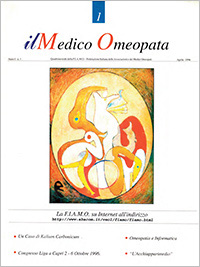